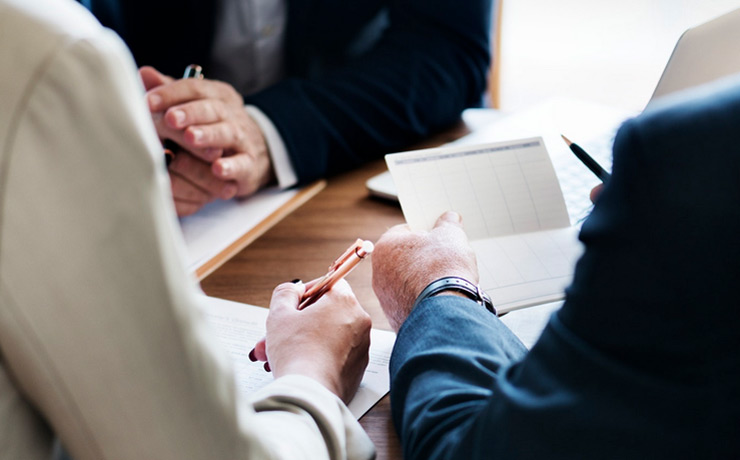 The kitchen table consensus is that greed caused the ongoing financial crisis. The universality of greed undermines the value, if not the accuracy of this diagnosis. Greed is such a broad term that it almost defies definition. Like all vice, greed is more easily detected in another person than in oneself. Greed observed in another may have more to do with the envy of the observer than the avarice of the observed. We all see greed in Bernie Madoff, but why does the left not begrudge George Soros his billions and the right not begrudge Hank Paulson his hundreds of millions?  Nobody seems troubled by Warren Buffet’s billions or Jimmy Buffet’s millions for that matter. Apparently, the public understanding of greed consists of more than the drive to acquire an incomprehensible level of wealth.

If we don’t know what we mean by greed, it is impossible to correct its effects on financial markets. Primary reliance on laws and regulations to control greed is naive if not downright dangerous. Even if we could define it, it is impossible to use the coercive power of the state to control or eliminate such a pervasive pattern of human behavior. Moreover, allowing politicians and civic officials to undertake such an effort presumes that greed only afflicts the private sector. Empowering such public sector action will corrupt the public sector more than it will purify the private sector. Our constitutional framework presumes the moral weakness of all. This is why the framers took such care to limit and enumerate the powers of the central government. The case that human nature has improved since the American Revolution requires a willful ignorance of history.

A nation must have effective laws and regulations which define the outer boundaries of permissible human behavior. The effectiveness of such laws and of their enforcement may be highly irregular, but such laws do exist as Bernie Madoff now knows. While necessary, laws simply do not get to the heart of the matter. We don’t have to agree with Gordon Gecko’s famous formulation that, “greed is good”, but we surely don’t want to make the elimination of such base motives the focus of public policy. It is impractical, if not impossible, for laws to distinguish between legitimate financial ambition and greed.

There are very good reasons why the public mood toward financiers is so ugly. It is natural to want our government to string up some bad guys and make sure the rest of the greedy bastards never do this to us again. While laws have their uses and limitations, I am not suggesting that the public lay prostrate before the next group of financial perpetrators. These are my recommendations.

1. Establish an expectation that our policy goal is not to eradicate greed but to contain it and mitigate its effects. Laws and their constructive enforcement must play a role, but they cannot fundamentally change human nature.

2.  Recognize that ideas matter. It pays for us as consumers and as citizens to think deeply about the purpose of financial institutions. The federal and state governments are deeply involved in the regulation of financial markets. Policy objectives are often unnecessarily complex and conflicting.  In the political realm, the public loathes the Congress it elects. This anger toward Congress masks the deeper pain of knowing that they really do represent us. Congress is the vessel for our civic self-delusions. We wanted to believe that a federal policy to subsidize low income housing would make us money instead of raising our taxes. The financial markets danced the tune the federal orchestra played. The anger toward Goldman masks the deeper pain of knowing they merely facilitated our financial self-delusions. In some sense, we have the Congress we deserve and we have the financial markets we deserve. The more we centralize control in the Federal government, the more political finance will become. The more politicized finance becomes, the less we will like the outcome. We can count on politicized financial markets to efficiently reflect our civic dysfunction; the same dysfunction that causes us to loath Congress.

3. Recognize the moral dimension of economic life. The internet is buzzing with denunciations of the moral depravity of financiers. A commentator discussing markets and morality in 2005 would have been dismissed as a religious fanatic or a socialist wing nut. One of the benefits of the current crisis is that we are open to reflecting on such quaint concepts as fairness, trust, loyalty and truthfulness. Americans have a deeply ingrained sense that the financial market place is safely amoral. In good times, we hold that all that is legal may be done. In bad times we wonder how financial institutions could betray the public in general and their own customers in particular. We tend to sanitize the discussion of moral issues in economic life by using ethics as a non-specific proxy term. If we really expect financial institutions to operate in a morally coherent fashion, we should be clear about what that means. We should then think deeply about how to encourage moral behavior. Once again the problem is the man in the mirror. Bernie Madoff’s greed is dwarfed by the greed of his customers. They really believed they were entitled to a riskless 20% annually because they were friends of Bernie. During the cold war we fought many proxy wars in the third world. Often the foreign policy goal was to get their bastard out and our bastard in. Investors face a similar dilemma. Augustine of Hippo’s famous prayer was, “Lord make me chaste, but not yet.” The investor’s adaptation of Augustine’s prayer might be,”Lord make them pure, but not me”.  If we expect moral behavior it pays for us to be clear about what that means and to whom this applies.

4. Recognize the social dimension of economic life. This idea feels sort of un-American, but it need not. I have spent 27 years doing business in the same geographic area. Communities are much more effective than governments at enforcing moral behavior. It takes a village to raise a banker. In communities, business is generally conducted among people who expect to live amongst each other for life. People are not expected to be perfect, but they are expected to be honest, fair and direct. Reputations really matter. People who see business as a zero sum game where you get what you can from others as quickly as possible do not enjoy sustained success. A long term commitment to mutually beneficial relationships can have short term financial costs, but remains a worthwhile investment.  A well earned reputation remains a source of financial and social success. Communities need not be geographic, but they are the most reliable mechanism for expressing and enforcing behavioral expectations.  Greedy bastards don’t do well in a healthy community.

A generalized revulsion toward greed forms a dangerous backdrop for governmental action. Laws are necessary and must be enforced, but we must be very realistic about our goals. Our constitution wisely recognizes that the federal government is a dangerous remedy for the manifest flaws in human nature. This is the time to really think deeply about how existing regulatory policy accurately reflects the often conflicting desires of the public. Our self–delusions can be easily exploited within politicized markets. To what extent are we the victims of bad actors and to what extent are we reaping the fruits of our lack of moral clarity?  If we expect moral behavior in financial markets, this is not merely a legal challenge. Currently we are gearing up to centralize more power over financial markets as a response. A realistic recognition of the effectiveness of communities in regulating human behavior should reverse the current policy drift toward socialism. Socialism is neither effective nor compatible with American culture. Healthy community life and greater attention to the moral dimension of economic behavior will produce better results.