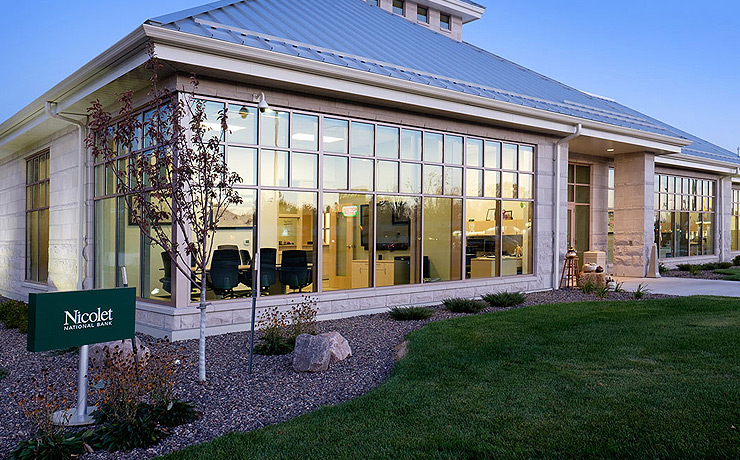 Every national bank director takes an annual oath of office. In this oath, we are reminded that banking is a private business founded on public trust. A wise friend reminded me once that people don’t even like bankers when times are good. They really don’t like them now. I too am appalled at the extent of our industry’s betrayal of the public trust. Most bankers, like misbehaving teenagers, have just done what the cool kids do. Somewhere at the core of this crisis, there are some very powerful bankers who know full well how they played fast and loose with the public purse. The smart bad guys made their money and got out of Dodge before it blew up. Now it is time to clean up.
It is hard to understand how this can seem so new to the public. From within it has been like watching a slow moving train wreck. I suppose because we have 21% of our assets in cash it is a little easier to take a public profile. We have made ourselves available to the media to talk about what we have seen and what we think. People are scared, confused and angry. Last Wednesday we invited our top depositors into our lobby for a “chalk talk” on financial markets and their bank’s position in this mess. We intended to have 50 people and wound up with 120. For all their justifiable mistrust of bankers, I guess they still want to hear what their banker thinks.

There is great confusion about the role liquidity plays in financial institution failures. We have seen Bear Stearns, IndyMac, Wachovia, Merrill, Lehman, Wamu and others all fail in this crisis. At the moment of failure, we hear that the cause was a lack of liquidity. This is nonsense. Institutions do not fail because they lack liquidity; they lack liquidity because they are failed institutions. Saying that institutions fail because of illiquidity is like saying a person died because they stopped breathing. It is true that dead people don’t breathe, but it sheds no light on the real cause of death and is therefore of no help in predicting or preventing future mortality. When the public hears of liquidity failures it feeds their sense of panic that their bank may fail from this mysterious cause.

Failed institutions share two characteristics, which are interrelated. They are illiquid because they have bad assets, which exceed their capital and reserves. This is the accounting definition of insolvency (not that accountants are looking all that smart or helpful right now). They have no access to the capital, which could restore solvency, because they lack a business plan which supports additional investment. It is hard to raise new capital when you have spent the last five years bragging up your new age mortgage products and your sophisticated leveraged finance units. I have never met a broke borrower who didn’t think that more debt or equity would solve their problem. The bank has to liquidate the assets when they can’t get either. This is kind of like the old bumper sticker we had in Wisconsin, “I can’t be overdrawn, I am not out of checks yet”.  Illiquidity is the result rather than the cause of failure.

God save us from “the Experts”. My mother grew up in the great depression and has been waiting for the next one her whole life. We all would be better off had we listened to our grandparents. I owe much to her and to my Midwestern roots. I learned how to grow things and store them. I also learned a healthy mistrust of Experts, especially the RSGs (Really Smart Guys) from back east. Midwesterners should all relearn that there is much more wisdom in our pragmatic work ethic and our sense of community than in the fast-talk of the RSGs. Our country always turns to us in times of trouble. We will pay for more of the clean up than we should, but in Wisconsin, we will suffer the pains of excess less.  We’ll show up for the clean up after the party and remember why we left early.

Like many Midwesterners, I fired up the wood stove last week for the first time this year. The newspaper I pulled from the woodbin was the Wall Street Journal from Thursday December 13th , 2007. It already seems like decades ago. The headline reads. “Why Investors at Lehman May Feel Lucky”. The article advances the hypothesis that investors are in for a positive surprise because the board granted the CEO of Lehman $35MM in stock reflecting their belief that Lehman has weathered the storm better than most.  What a difference a year makes!

Last Friday someone handed me a copy Merrill Lynch’s Oct. 14, 2008 review of the outlook for small and mid cap bank stocks. They presented an extremely pessimistic outlook for my industry. They may be right. I wonder where they were one year ago. The question I have is: what would Merrill Lynch have to do or say before people stop caring? They were all for the bank boom when it was hot and they have since wiped out their own shareholders and been stuffed inside a “too big to fail bank”. When do we stop thinking they are smart and start laughing at them?  My mom knows more than they do.